Over the past few weeks I’ve been working on a new version 2.0 of the Unofficial LEGO® Minifigure Catalog app. We’ve just released the version 2.0 to the Apple iTunes and Google Play App stores.

Version 2.0 introduces tablet support along with a complete visual facelift. In addition, there are several performance improvements that make the app much faster when browsing, and I’ve added the ability to browse minifigures, sets and heads by name (in addition to by year and theme). 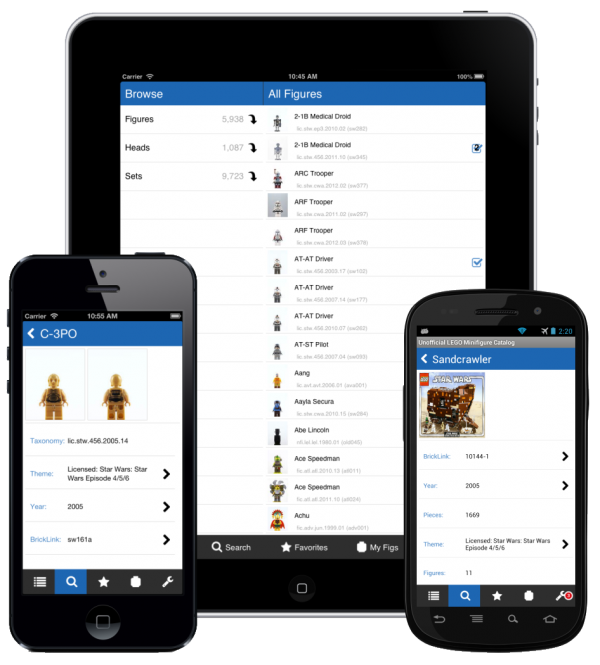 Note: LEGO® is a trademark of the LEGO Group of companies which does not sponsor, authorize or endorse this app.