The Economist, and, The Kindle

For the last two years, I’ve been taking the bus to work — there’s a stop a block away from my house, with a direct route to the front door of my workplace.  One of the many things I’ve enjoyed about commuting via the bus is how much free time it gives me a week to read or listen to music.  I’ve always been a reader of books and magazines, but over the past few years the number of books I’ve finished has dwindled due to a lack of free time.

With the extra 5 hours of reading a week during the bus ride (a half-hour ride to and from work), I’ve been able to finish more books than I would otherwise, as well as keep current with some of my favorite magazines.  I started reading The Economist on and off during college, and I recently took the plunge and purchased a print subscription.  Which is no small commitment, as the best prices you can find for a print subscription are over $120 a year.  You can potentially get a subscription for $77 a year if you’re a student, which is an amazing deal: something that, after subscribing to the print edition for a year, I’d heartily recommend to anyone who qualifies.

I recently stumbled upon something amazing: the current week’s full print edition is available, online, for free: this week’s Economist print edition.  Reading past editions requires a paid economist.com subscription, which carries a decent yearly fee.  But this week’s edition is completely free.  I’m not going to gush anymore over how much I enjoy reading The Economist, but to say, that if I only subscribed to one magazine, The Economist would be it. (I also subscribe to Business Week, Wired and others). 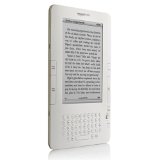 After a lot of research, I also decided to purchase a Kindle 2.  I’m in love with it. It’s so tiny, which is wonderful for reducing the amount of weight in books and magazines I was carrying to and from work before.  I’ve been able to expand the range of books I can read on the bus because some of them (text books, Harry Potter, SciFi award compilations, etc) are just too darn thick to lug back and forth!  My Kindle has a dozen of my in-progress books on it right now.

Unfortunately, as of right now, The Economist isn’t available on the Kindle.  After scouring the ‘tubes, I came across a big customer request discussion on Amazon.com.  Looks like hundreds of people want the same thing.  There are also rumors flying around that something’s in the works from The Economist, but nothing substantial yet.

More scouring found KindleFeeder.com (free for most users), which has a feed for The Economist articles, as well as Calibre, which is a really cool e-Book manager.  Calibre will automatically download the Economist print edition, and convert it to a format for your Kindle or similar reading device.

My searches finally brought me to this post on the blog Fat Knowledge, which was exactly what I was looking for: a PHP script that downloads the print edition from economist.com and converts it to Mobi format, which the Kindle can read.  A table of contents is generated, and full text and images from articles are available.  Really cool!

Since the source was available, I also customized it a bit to my needs:

Original source code from the Fat Knowledge blog is available, as well as my updates here:

After reading The Economist on my Kindle for a few weeks, I do find myself going back and forth between the Kindle format and the dead-tree edition.  There’s something about the magazine format that will probably get me to renew my print subscription for another year or so.  But it’s nice to also have it on the Kindle, especially a day or two before the print edition arrives!

Note: Depending on where you will run the script, you will also need MobiGen for Linux or PC.  The PC version is available from MobiPocket’s /dev/ website.  For some reason, their Developer website no longer links to the Linux version.  I eventually found a random link that has the Linux version on the ‘tubes (though I can’t remember where), so here is mobigen_linux v6.2 build 41 if you need it.

Update 7/9/2009: Amazon announces that The Economist is (officially) available on the Kindle, albeit at the full newsstand price ($10.49/mo) — more expensive than any other magazine available for the Kindle. Do they really expect people to pay full price for a digital edition? The Kindle edition is getting a ton of 1-star reviews because of this — hopefully this sends a message to Amazon/The Economist that they need to lower their price to be more competitive.

Update 1/3/2010: A new version of the script has been posted that uses your economist.com’s login credentials to get this week’s Print Edition. If you are not a subscriber to the online or print editions, you won’t be able to access the website.